Located close to Davis Falls on the other side of the World Peace Stupa in Pokhara the Gupteshwor Mahadev cave is Nepal’s most famous cave. It’s also rumored to be the longest cave in Nepal (2950 meters).

The cave is said to be have been discovered in the 16th century. The main cave entrance was not constructed until 1991.

The main cave contains two chambers with several shrines located throughout. The largest of these shrines is dedicated to Shiva. There is lighting in the cave that has a power back-up though bringing your own head torch is recommended.

The cave’s second section is often closed during monsoon season due to access water from the waterfalls coming through. There are several souvenir stalls located at the main roadside entrance to the caves though you’ll need to bargain hard as they are used to day trippers..

History of the Gupteshwor Mahadev Cave

The cave was allegedly discovered in the 16th century by some local men who stumbled upon it when clearing some grass. Within the dark cave they discovered many shrines and statues dedicated to Shiva and other Hindu deities. These included Mahadev and Parvati, Nageswor and Saraswati. Towards the read of the cave the men discover that a waterfall ran through it. Further inspection revealed to them that the water fall came from Patale Chhango (later known as: Davis falls).

Outside the Gupteshwor Mahadev Cave

Before you even enter into the cave itself there are things to see. After walking through the roadside archway you’ll have a dozen or so souvenir stalls to peruse. Though you will probably be better off buying in Lakeside or better yet Kathmandu. Before the ticket counter is a a round concrete balcony of sorts. It gives you a close look at the cave entrance and the statues leading up to it. After you buy you ticket you will will enter down the large spiral staircase. It’s here where you’ll see many modern statues and plaster works depicting everything from semi-clad ladies to bearded men and Nepali deities. There seems to be a take on some of the Kathmandu Valley’s erotic carvings here as many of the sculptures are of a sensual nature.

Inside the Gupteshwor Mahadev Cave 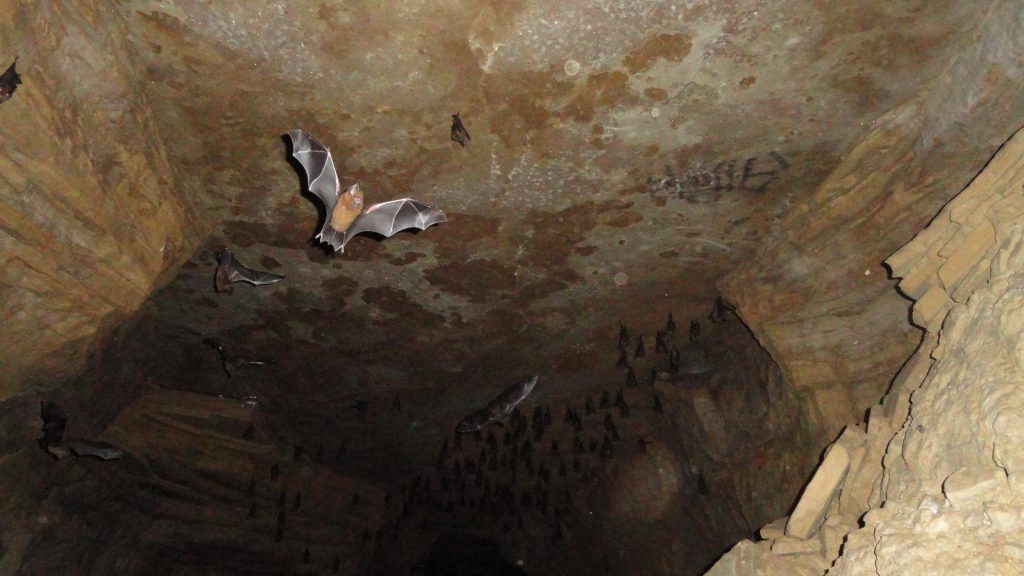 As you enter the cave you’ll discover how dark it is inside. There is lighting but it’s only a series of small light bulbs. A head torch comes in handy as you descend a little to the first unusual sight. A cow shed. While primarily a religious site, the cow is a statue over a Shiva lingam. It’s being developed more as a tourist attraction these days.You are free to enter inside the small little tunnel like shed. If you leave a donation you can receive a drink of milk. Though you might have to ask for it too. There is no live cow. Continuing on the 40 or so meters down the cave passing other small statues and shrines you’ll come across the main Shiva temple which has a strict rule about no photography. There are guards or caretakers watching out for this. Continue on past the temple to the second part of the cave which is about 140 meters in length. Here the walls open up and you can see some nice colors in the cave walls. Further again and you’ll come across a metal staircase leading downwards. You’ll hear the waterfall ahead from here. This part is often closed during the monsoon season. Do be careful as the staircase and ground is quite slippery. Once you have descended the staircase you will have to walk across some uneven rocky ground until you get to an area with a view of the waterfall.